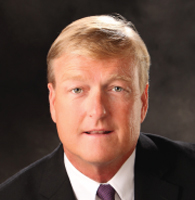 James McKenzie is a 1987 graduate of the University of Kentucky College of Law admitted to the Kentucky Bar and licensed to practice law in Kentucky since that time. Consumer defense practice is a large part of his practice. James has successfully litigated cases against many debt collectors and debt buyers, such as Midland Funding LLC, Portfolio Recovery LLC, Asset Acceptance LLC, LVNV Funding LLC, Unifund CCR Partners LLC, among many others.

James McKenzie has helped to bring about important consumer law protection by positive decisions in which he was co-counsel in such cases as Currier v. First Resolution Inv. Corp., 762 F.3d 529 (6th Cir. Ky.2014) in which the United States Court of Appeals for the Sixth Judicial Circuit held the filing of a unlawful judicial lien against a consumer violated the Fair Debt Collection Practices Act.

James was also co-counsel for the recently decided case by the Supreme Court of Kentucky Harrell v. Unifund CCR Partners LLC. This case held that Unifund’s demand for statutory prejudgment interest under Kentucky law was in violation of the federal Fair Debt Collection Practices Act (FDCPA). The circuit court had dismissed Ms. Harrell’s counterclaim for failure to state a claim. James along with his co-counsel James Lawson appealed the dismissal to the Kentucky Court of Appeals. The court of appeals reversed, concluding that the circuit court erred in holding that Unifund’s claim for statutory interest did not violate the FDCPA and in granting Unifund’s motion to dismiss. Unifund appealed but the Kentucky Supreme Court affirmed, holding that Harrell had plausibly alleged that Unifund violated the FDCPA and remanded the case for further proceedings.

Eliminating abuse of consumers by debt buyers and correcting credit reporting errors are the focus of James McKenzie’s practice.

James lives in Louisville and is a member of the Louisville Bar Association.

If you’ve been sued, you have to fight back. Doing nothing won’t make the problem go away. It will only make things worse and lead to garnishments, liens, and added fees and costs. We can fight for you, and often at no cost to you for our attorney fees.